True Tales From The Hills (Part 3)
​Meeting the Enemy

True Tales From The Hills (Part 3) - Meeting The Enemy
By Nolen Bulloch - Benton County Democrat May 28, 1936, now NWA Democrat Gazette
Alfred Smartt at one time was engaged in business at Maysville.

He had incurred the enmity of an Oklahoman, who had the reputation of being a killer and a bad man.

Smartt's office space in the store was slightly elevated so he had a clear view over the entire building.

One day he saw the Oklahoman enter the store shouting, "Where's that no good 'so and so' Smartt?"

Smartt quietly stepped off the elevated office, picking up his pistol.

The Oklahoman was wearing two guns.

His right hand grasping the pistol, and weaving up and down like a windmill plunger, Smartt met the man.

The Oklahoman stopped in surprise.

"I understand," Smartt said, his weaving motion making his gun touch the man's center with every swing, "that you are going to kill me."

​"Now that ain't right," the burly gunman whined., " I just came to find out from you whose the man who started that damn lie." 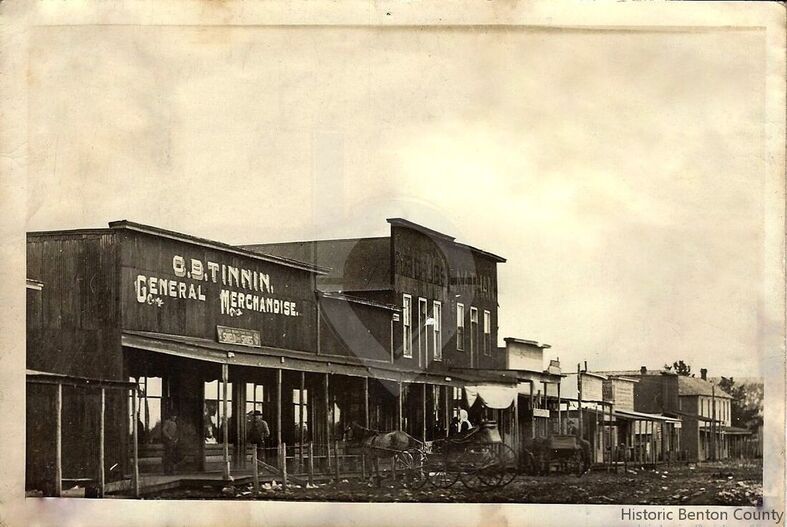