What's In A Name?
Excerpt from The way I Heard It
By Billie Jines
The Pea Ridge Graphic (1966), now the NWA Democrat Gazette
If someone should ask you how to get to Cannon or Black Jack or Nebo, could you tell them?

If so, it can be assumed that either you're an old-timer in this area or else, you've been a student of Northwest Arkansas history. That's because all of these places still exist - but under newer names. Cannon has long since been known as Cave Springs, Black Jack is the town we now know as Lincoln and Nebo is the former name of the town of Gravette.

For one reason or another, many of the names of towns of this area have been changed through the years. Sometimes, the original name was applied to a community a short distance from a newer settlement which was given another name. This appears to have happened at Rogers, which now has within its lap an area once known as New Hope.

Springdale was officially known as Shiloh from the time of its beginning around 1840 until it obtained its first post office several decades later. It was learned that another post office named Shiloh existed in the state, so the town's name was changed. Ironically, the spring which inspired the name no longer exists today. It stood below the present IOOF lodge hall, the location of the little Primitive Baptist Church that started with the town.

Lincoln's name, too, was changed when it obtained its post office. It had been named earlier after the kind of trees found growing there, but it was decided to re-name the town Georgetown, Ark., so tradition has it that the postmaster suggested the name Lincoln.

Monte Ne, it is said, was first known as Mountain Springs and later as Silver Springs. You'd have thought that Coin Harvey would have liked the silver part of the name, but he elected to change it to Monte Ne.

Siloam Springs has come from Siloam City and Hico to its present name.

Genty, we're told, was once known as Orchard.

Cincinnati down in the edge of Washington County had its name changed from Sylva in 1857.

Some say that Huntsville's first post office was called Sevierville, and that the postmaster tried in vain to get the town called by that name. 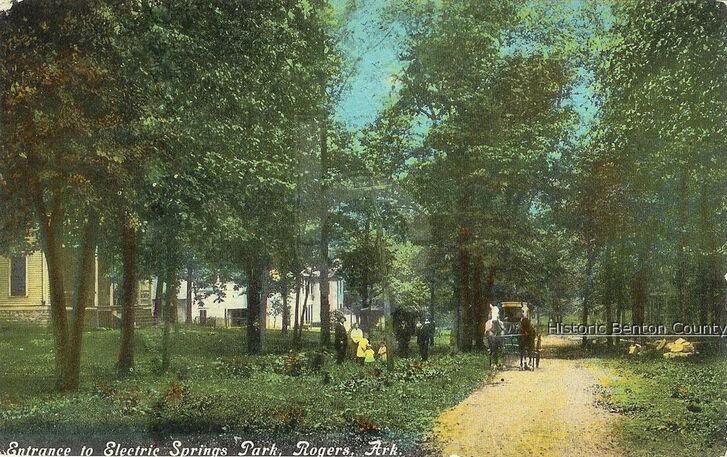 The town of Electric Springs just east of Rogers no longer exists today. There is no sign of the communiy that once existed except a foundation to the old springs.
Brightwater had had several other names before the present one stuck. It was donated by an Irish laborer working on the construction of the Frisco railroad.

They say too, that Hiwasse was once known as Dickson, that Lowell once answered to the name Old Union and that Decatur in another day was called Corner Spring. 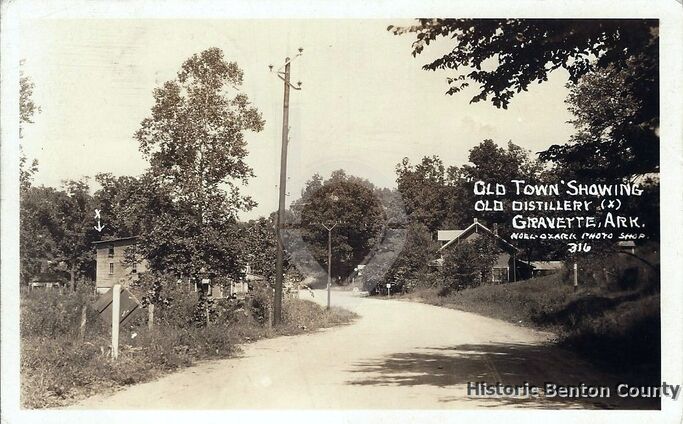 A look at old town Gravette, Arkansas, probably originally known as Nebo.
Undoubtedly there have been other changes. Apparently, names of towns sometimes just don't stick, but instead of shortening the name to give a nickname, the way people's names are done, a completely new name is usually bestowed.

And, though even the change of name for a young town probably had its repercussions, it hardly seems so bad to change a baby's name as to wait and change the name of a well-known adult. Anyway, we all remember, I'm sure the wave of disapproval that swept the nation when the historic old name Cape Canaveral was changed to Cape Kennedy.

​All in all, though, we Americans have not been as guilty of this this as have some nations. The Soviet Union has damaged the permanency of history by trying to appease her comtemporary leaders. Lenigrad, her second largest city has had three different names: St. Petersburg, from 1703 until 1914, then Petrograd, a name that lasted only 10 years, and finally, in 1924, Leningrad. Stalingrad was known as Tsaritsyn for nearly 700 years, only to have its name changed in 1925.

One of the oldest cities in the world is one we knew as Constantinople, the same name it had borne for many centuries, since its original name of Byzantium gave way. You will remember how, in school, we learned to remember that name by saying, "Confound the man that can't stand on a apple." Well, now, alas, we must try to remember the one-time capital of Turkey some other way, for today the city is called Istanbul.

No wonder world news means so little to most of us today. We don't know what the commentator is talking about. Today, he might be saying something about a city called Sukaranpura. Within the last two years he could have been discussing that same city by two other names. It has come in a period of two years from Hollandia to Kotabaru and now this other name that I'm not going to try to learn to pronounce. I'll just wait a year or two and maybe they'll hit on one I can say easier.

Maybe I should just calm down and take the same attitude that Shakespeare had when he said,"What's in a name? That which we call a rose, By any other name would smell as sweet."